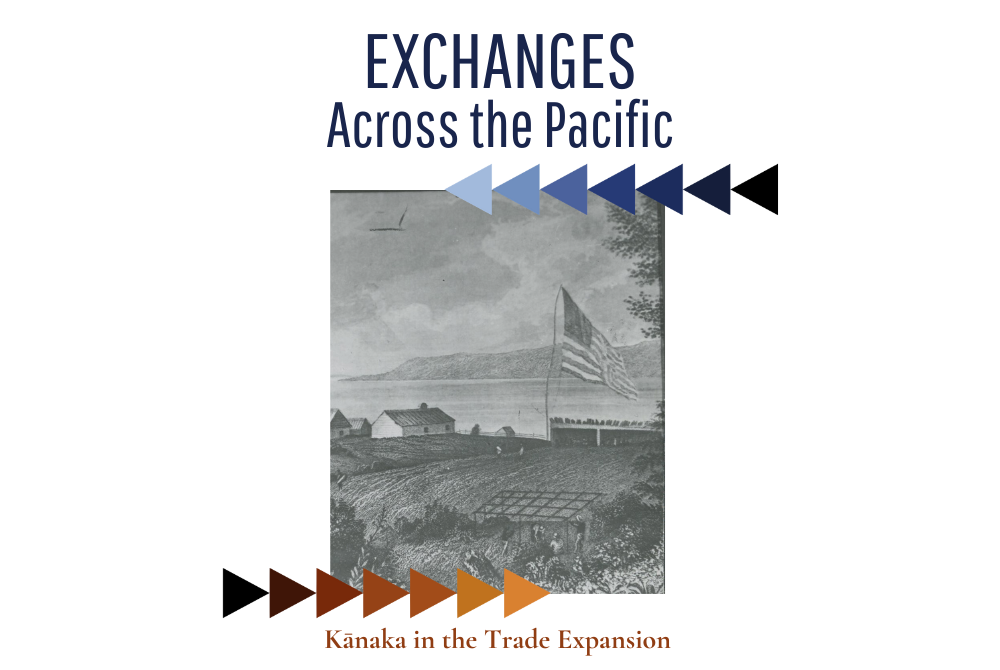 The earliest travelers to leave the Hawaiian Islands post-European contact left on merchant vessels linked to the transpacific fur trade in the late 1700s. This non-Indigenous exchange of sea otter and beaver pelts across the Pacific began between Russia and China, with English and American merchants joining in the 1780s. By the turn of the nineteenth century, the industry was at its peak and Hawaiʻi became a favored stopover point for foreign ships before they sailed on to China or the Pacific Northwest Coast. At this time, the Hawaiian Kingdom was expanding its understanding of foreign affairs and global trade, and typically addressed the resulting changes via diplomatic exchanges conducted by the ruling class. 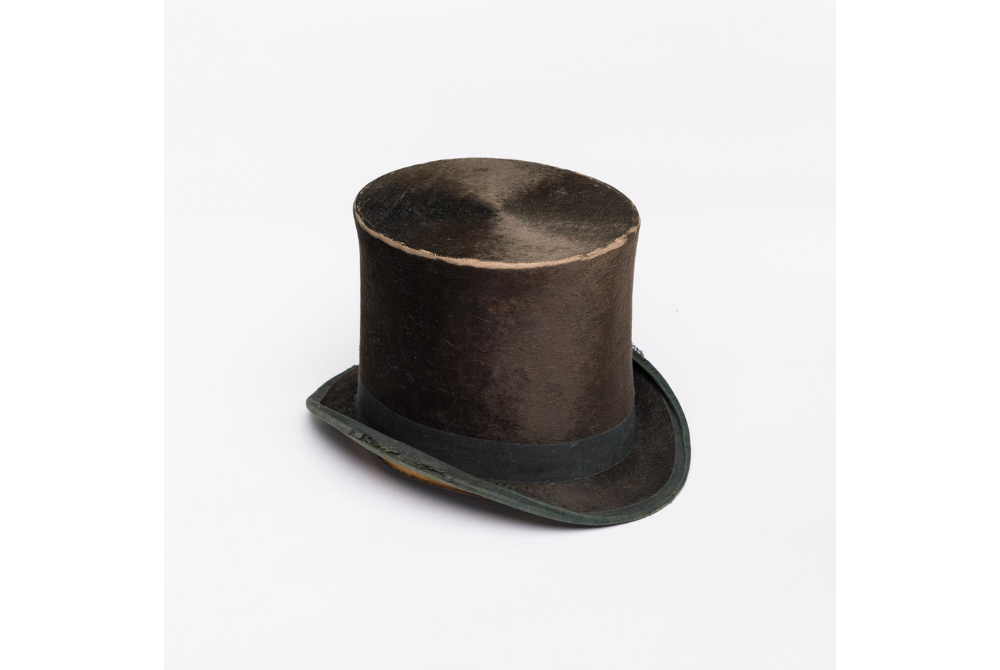 These fur hats and similar styles were widely popularized among the well-to-do men throughout Europe during the fur trade up until the late 1800s. Typically made from felted beaver fur, they could be fashioned into varying shapes that reflected the wearer’s occupation or social status. 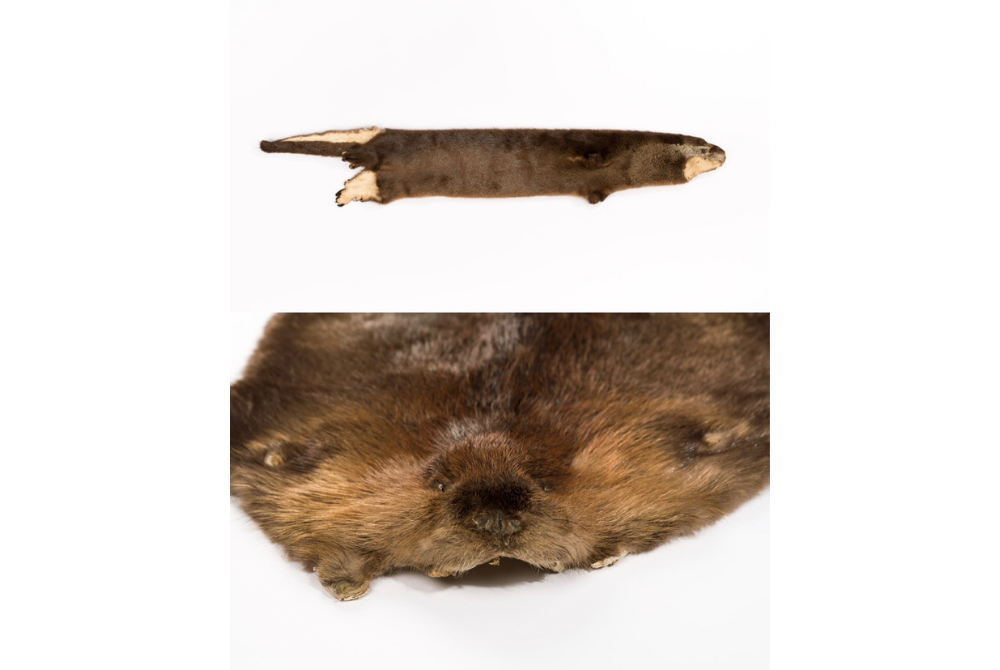 Beaver and sea otter pelts like these were the fuel of the fur trade between the Northwest, China, and Europe. The animal pelts had a wide array of uses, from making European top hats to fur linings on garments for the Chinese elite. 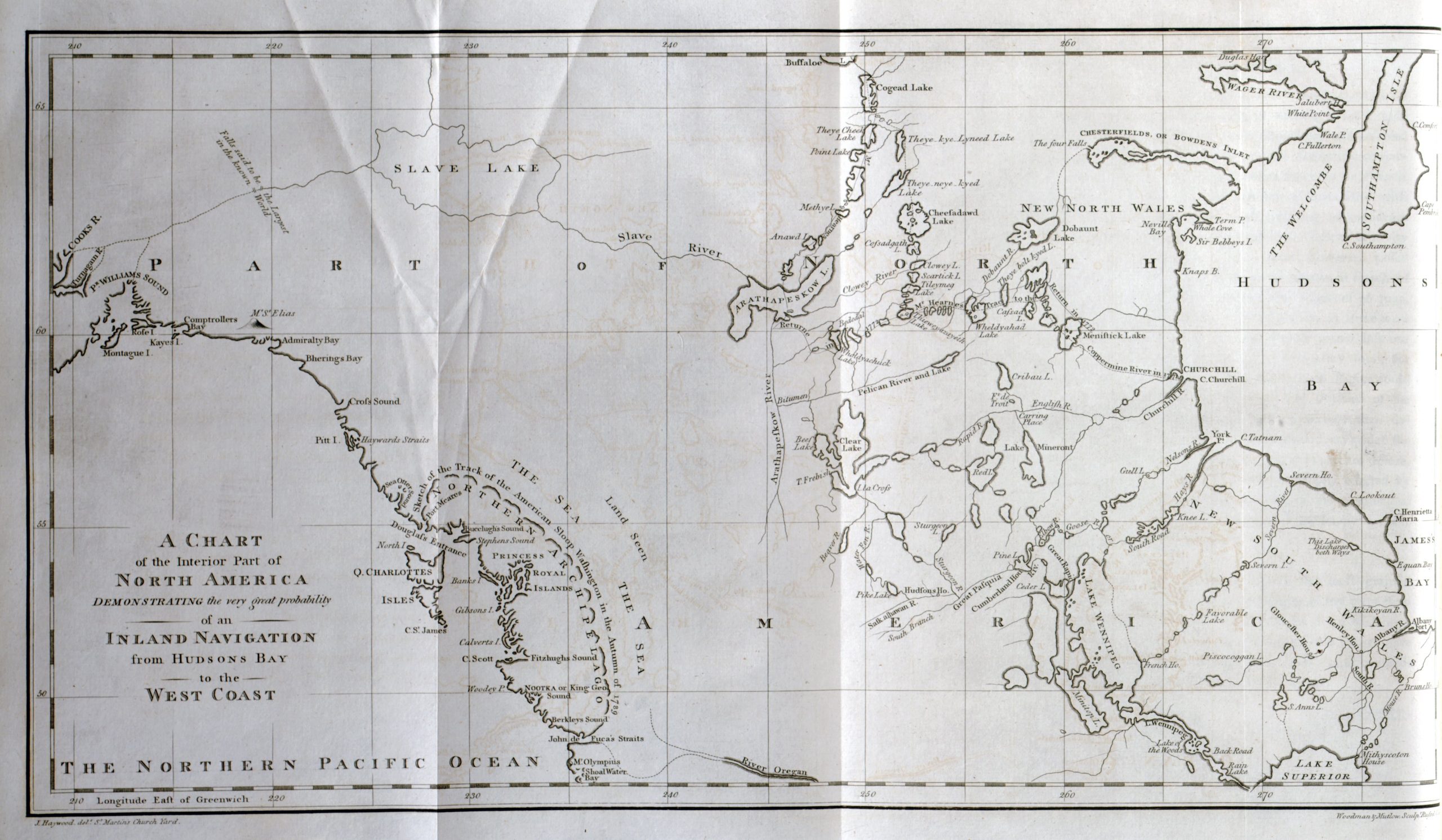 “A Chart of the Interior part of North America demonstrating the very great possibility of an Island of Navigation from Hudson’s Bay to the West Coast.”, 1790. Image courtesy of Washington State Historical Society, Tacoma (Wash.), 1918.15.9.1.

This 1790 map demonstrates what kinds of routes were possible for fur traders at the onset of the industry.

The city of Astoria, at the mouth of the Columbia River and along what is now known as the Oregon Coast, was the first trade establishment that kept Kānaka Maoli in the Northwest for an extended period of time. Its namesake, John Jacob Astor, began making arrangements for this enterprise in 1810 with the formation of the Pacific Fur Company (PFC). His two principle vessels, the Tonquin and Beaver, brought initial provisions and workers from the East Coast, and were bringing groups of contracted Kānaka laborers from Hawaiʻi by 1811. These Native Hawaiian workers were given a standard yearly wage with room and board and quickly built a solid reputation in the eyes of their employers.

Known for their wit, dedication, and impressive skills in and on the water, these early groups of Kānaka made up much of the physical labor in the West Coast trading ports. They were also critical in establishing mutual relations with local Indigenous tribes in order to learn hunting, fishing, and gathering customs to better survive in their new environments. Because of their resourcefulness, merchant and trading ships (including those belonging to the PFC), stopped in Hawaiʻi to recruit workers by the dozen for employment in new establishments along the Columbia River and the Puget Sound. Over the years, these workers were often sent as part of agreements between Kamehameha I and his trading partners.

Despite the earnest efforts of Astor and these Kānaka, Fort Astoria was only in commission under the PFC for roughly three years, until June 1813. This was due to the compounding of several factors, including the implications of the War of 1812, a lack of external supplies, and pressure from trade competitors. Astor made a controversial decision to abandon the effort and move inland along the Columbia and Willamette rivers. These ventures saw mixed success, but were loosely organized and susceptible to the influence of larger trading powers, such as the North West Company (NWC) and Hudson’s Bay Company (HBC). 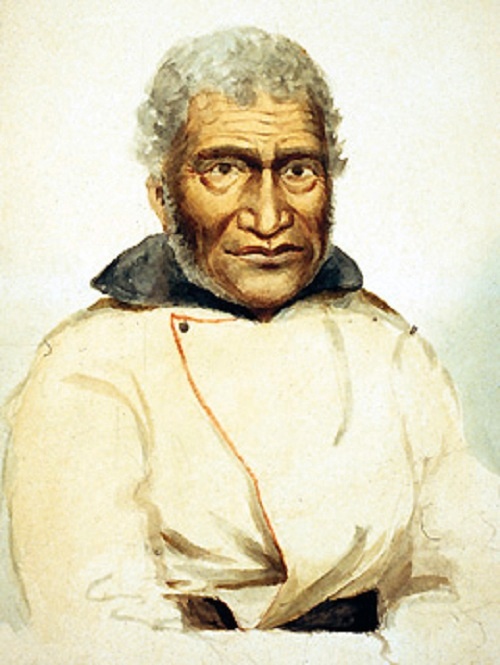 “Old Cox from the Sandwich Islands,” Hawaiian in the service of the Hudson’s Bay Company by Paul Kane, c. 1846. Image courtesy of Royal Ontario Museum; gift of Raymond A. Willis in memory of his mother, Emmie à Court (“Chelsea”), daughter of Allan Cassels and granddaughter of the Honourable G. W. Allan.

Canadian artist Paul Kane painted this portrait of Naukane (also known as John Cox) after visiting Fort Vancouver in 1846. Naukane was appointed by Kamehameha I in 1811 to travel abroad on the Tonquin as a “royal observer” and oversee the operations that employed other Hawaiians along the coast. He was one of the first and the longest-serving Kanaka employed in the fur trade after 30 years in the industry. Naukane passed away in the Northwest at his residence along the Columbia River. 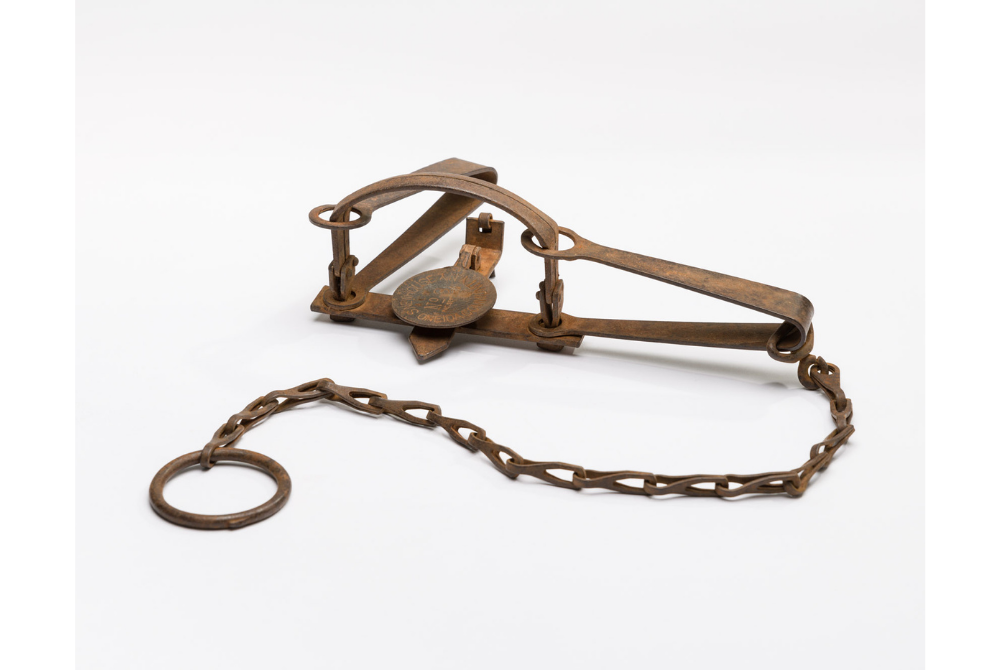 This type of trap was used throughout the Pacific Northwest to trap beavers and other small ground animals such as raccoons and skunks.

After the Astoria enterprise dissolved under John Jacob Astor, the NWC saw a brief period of increased growth and expansion. Up until then, tensions between the colonial influences in the region had also been escalating due to the War of 1812, which pitted American and British interests (and each of their respective allies) against each other. This event marked a significant shift for the Northwest fur trade—it stipulated land boundaries through solidified foreign colonial control and a peace treaty between the involved Western parties. However, one of the most devastating and understated effects of the war was its negative impact on Indigenous tribes across Turtle Island, including those in this region. It severely restricted their ability to push back against the violent American colonial belief “manifest destiny,” as tribes were unable to find external allies and collectively strategize.

By this point, the HBC had been a trading superpower in the Northwest for over a century and continually put pressure on its smaller and less established competitors, including the NWC. In 1821, both companies saw the overwhelming advantages and decided to merge, which included the integration of its many employees into the vast and hierarchical HBC workforce. About three dozen Kānaka Maoli workers transferred over, including those recorded as John Cox, Paul Poah, James Coah, and Jimo. The majority were young men in their twenties who would find continued employment doing physical labor at various inland trading posts. 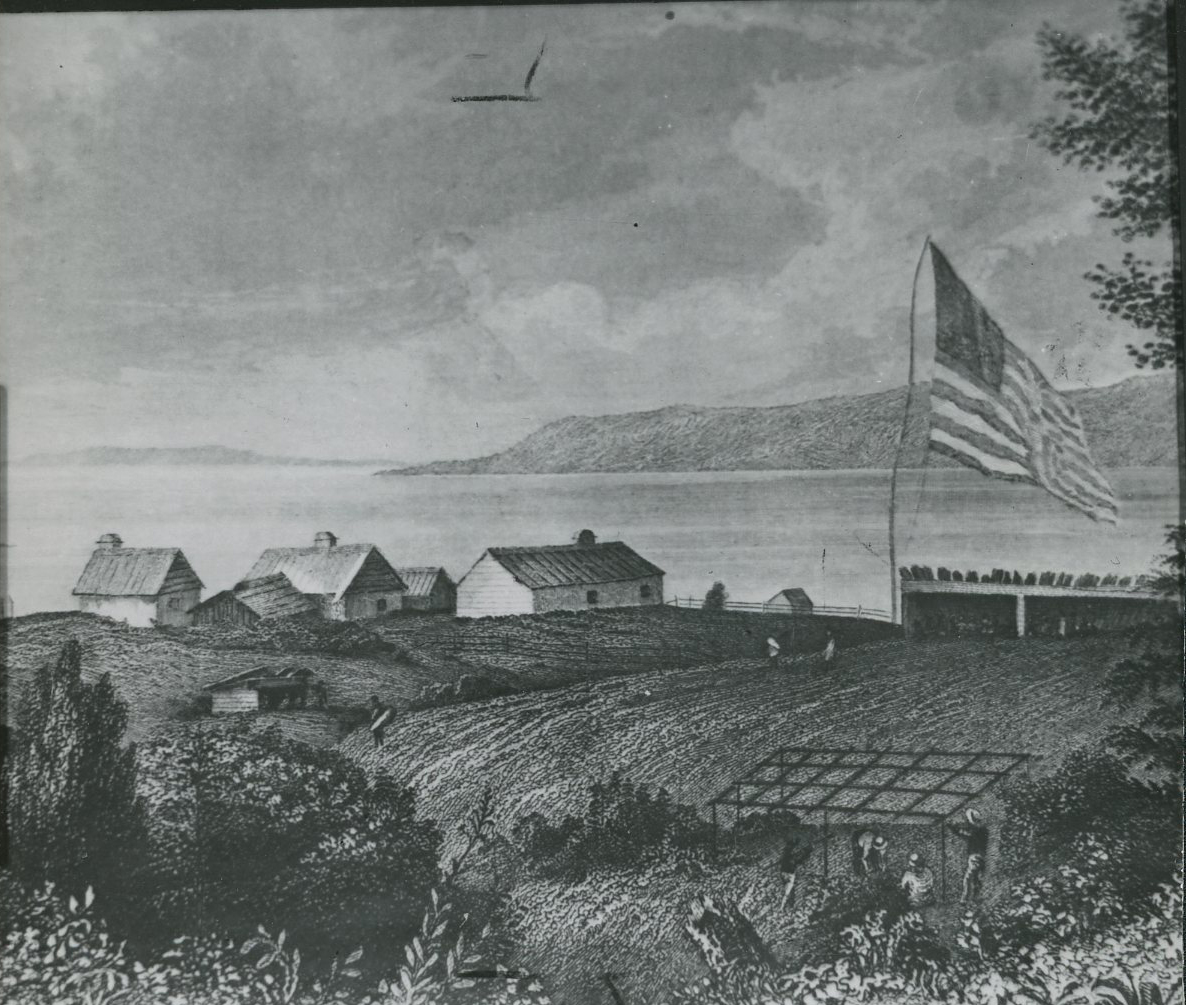 Fort Astoria saw many changes after the PFC dissolved. The NWC soon claimed the area and made major improvements to the structures and defenses, which all fell under HBC control when the two companies merged in 1821. During the British commission of the post, Fort Astoria was renamed to Fort George after the British monarch.

After the 1820s, the HBC slowly began to consolidate their posts within the Cascade interior and northward along the coast. This was mainly due to the redrawing of colonial boundaries in the aftermath of the War of 1812. One of the most active communities of transferred Kānaka Maoli workers was in what is now along the Oregon-Washington state border, at Fort Vancouver. This establishment was a vital post for furs, agriculture, and saw milling, mostly facilitated by Hawaiian labor. A plain along the Columbia River became known as “Kanaka Village” for the large Hawaiian community employed there during the 1830s. Other HBC-owned forts that employed workers from the islands were Forts Nisqually and Victoria in present-day Washington, Fort Stikine in Alaska, and Fort Langley in today’s British Columbia. 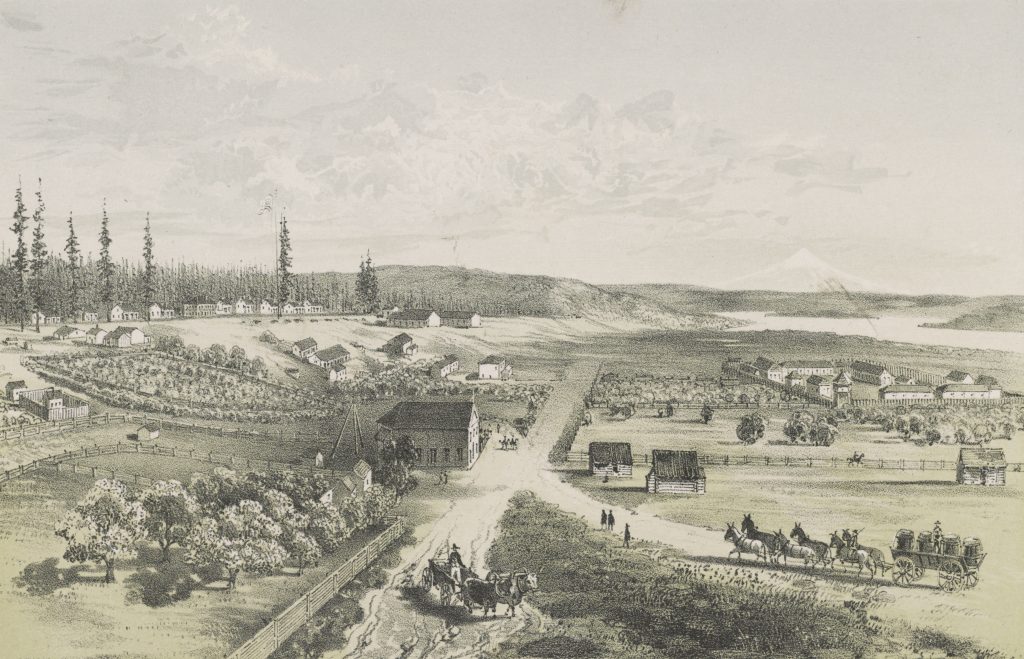 Fort Vancouver was a bustling center of the HBC fur trade that employed mostly Kanaka Maoli and French-Canadian men. The post helped manage the extensive trade system from the Rockies to the Pacific Ocean, and along the coast toward Alaska.

The records that survive show these remaining Hawaiian HBC employees following several paths as the trade shifted with colonial and political advances. Many men stayed in the region and established families with local Indigenous women, often living out their lives within tribal communities after their contracts expired. Others yearned to return home and made the trip back to Hawaiʻi as soon as they were able. Still, there were some who deserted after poor treatment from their company bosses, the few who left to seek prosperity in the California and Alaskan gold rushes, and those who began new lives further north on the Salish Sea.

Regardless of the length of their stay in the Pacific Northwest, these Kānaka in the fur trade played a complicated, significant role in the western economic and colonial advance. All told, they contributed over 3,000 hours of labor to the Hudson’s Bay Company, and more for other enterprises. In the face of many challenges—disease, racial discrimination, violence, financial strains, homesickness, and more—these individuals persevered in hopes of building a better life for themselves and their families back in Hawaiʻi. 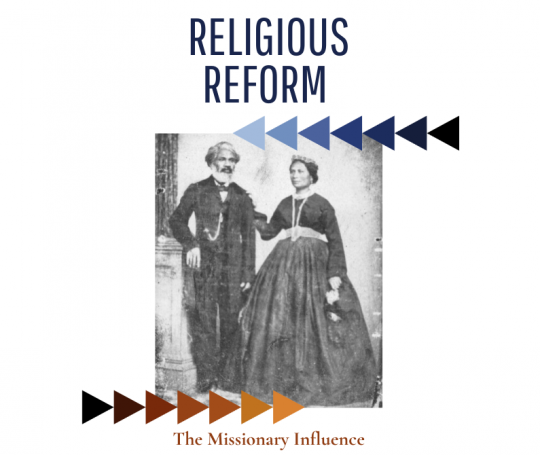