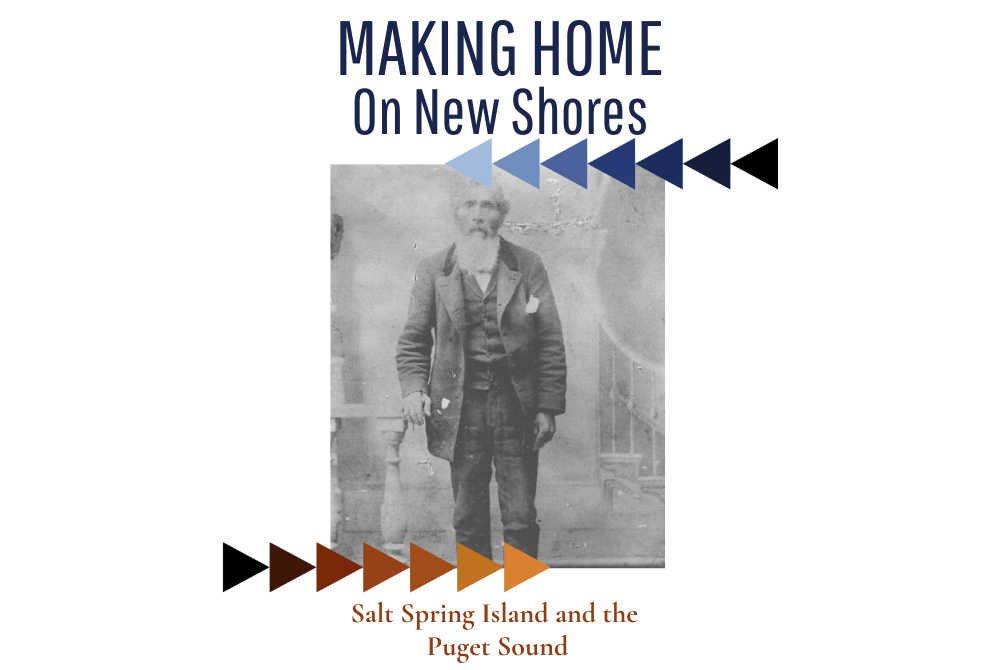 The Treaty of Washington in 1846 delineated new boundaries on stolen land in the American Pacific Northwest and further north into what is now British Columbia. This division was created geographically based on the 49th parallel, with one major exception in the Puget Sound region where the border between American and British territories irregularly crossed the channel.

Throughout the following decades, economic and trade settlements shifted in response to the changing political landscape defining the region. However in 1853, San Juan Island, one of the largest islands in the Sound, was still highly disputed between the two colonial influences. To claim it as their own and without consultation of the Indigenous tribes occupying the area, the American-owned Puget Sound Agricultural Company established Belle Vue farm on the island and employed several Hawaiians as shepherds. This was one of the earliest events that marked the beginning of a long stream of Kānaka that would come to build (or rebuild) their lives further northward on the continent.

Several of these first few Hawaiian shepherds—who had now been in the Northwest for nearly a decade or more after their trade contracts—brought their wives and families with them. The families on San Juan Island closely kept in touch with other communities of Kānaka who settled across the channel near the British-owned Fort Victoria on Vancouver Island. Being so far from home in Hawaiʻi, they tried as much as possible to retain the pillars of ʻohana (family) and community that defined their lives before leaving for shores abroad. Families shared crops and home goods amongst each other, held communal church and school services, and even sent for newspapers from back home in ʻŌlelo Hawaiʻi (Native Hawaiian language). 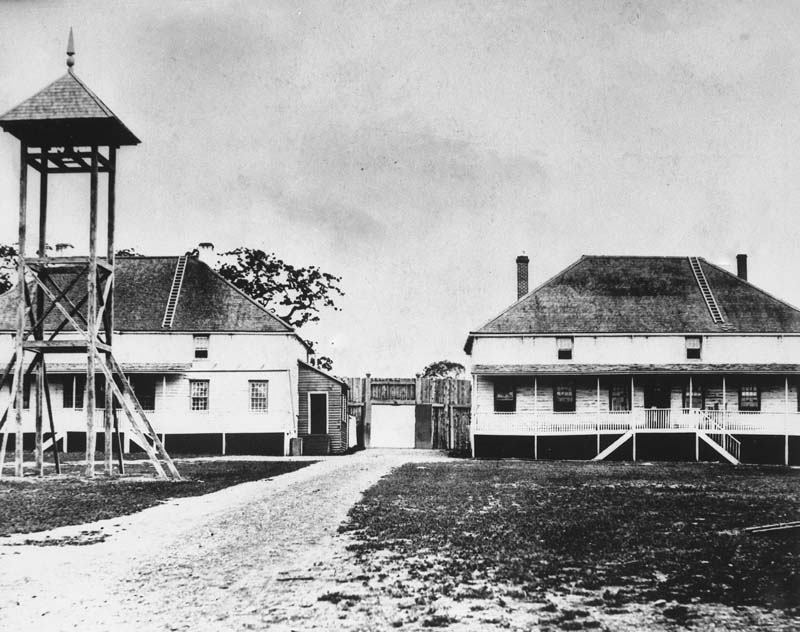 This photograph is of Fort Victoria was taken in the 1860s. The buildings on the left were Governor James Douglas’ quarters, while those on the right were used as a church and a school. Governor Douglas was the first governor of British Columbia and was of mixed Scottish and African descent.

Although the Fort Victoria and San Juan Island settlements were the first long-term roots planted by these Kānaka, the most active and well-known established community of Native Hawaiians in British Columbia was among the Gulf Islands. Families were drawn here from the 1860s to the 1890s for several reasons, including the proximity to other islands on the Sound, their desire to escape the United States’ rule, and the landscape’s resemblance to Hawaiian shores. 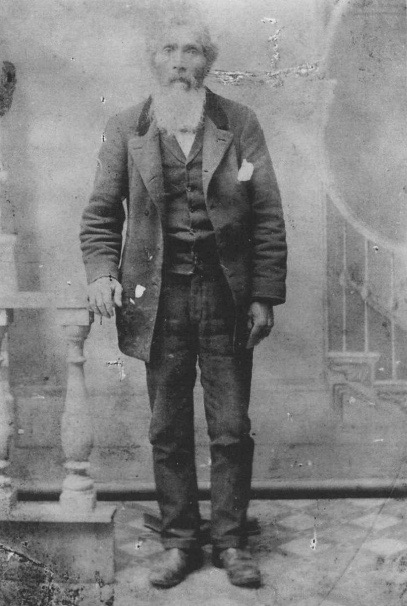 Elder William Naukana (1813-1909) worked several decades for the Hudson’s Bay Company, and went back and forth to Hawaiʻi a few times before settling on Salt Spring Island around 1872. He had six daughters from his marriages with Native women and was an active community member.

After helping to establish the earlier settlements, William Naukana led the first Kānaka group to settle on Salt Spring Island, where some of his and other Hawaiian descendants still reside to this day. Men like Naukana—and others recorded as William Newanna, John Kahana, Johnny Pallao, Kama Kamai, Alexander Kāne, James Keamo, Mahoy, and more—had left to work on HBC contracts in the 1850s. At this point, they were middle-aged, and chose to stay in the Northwest and raise families rather than return to Hawaiʻi. 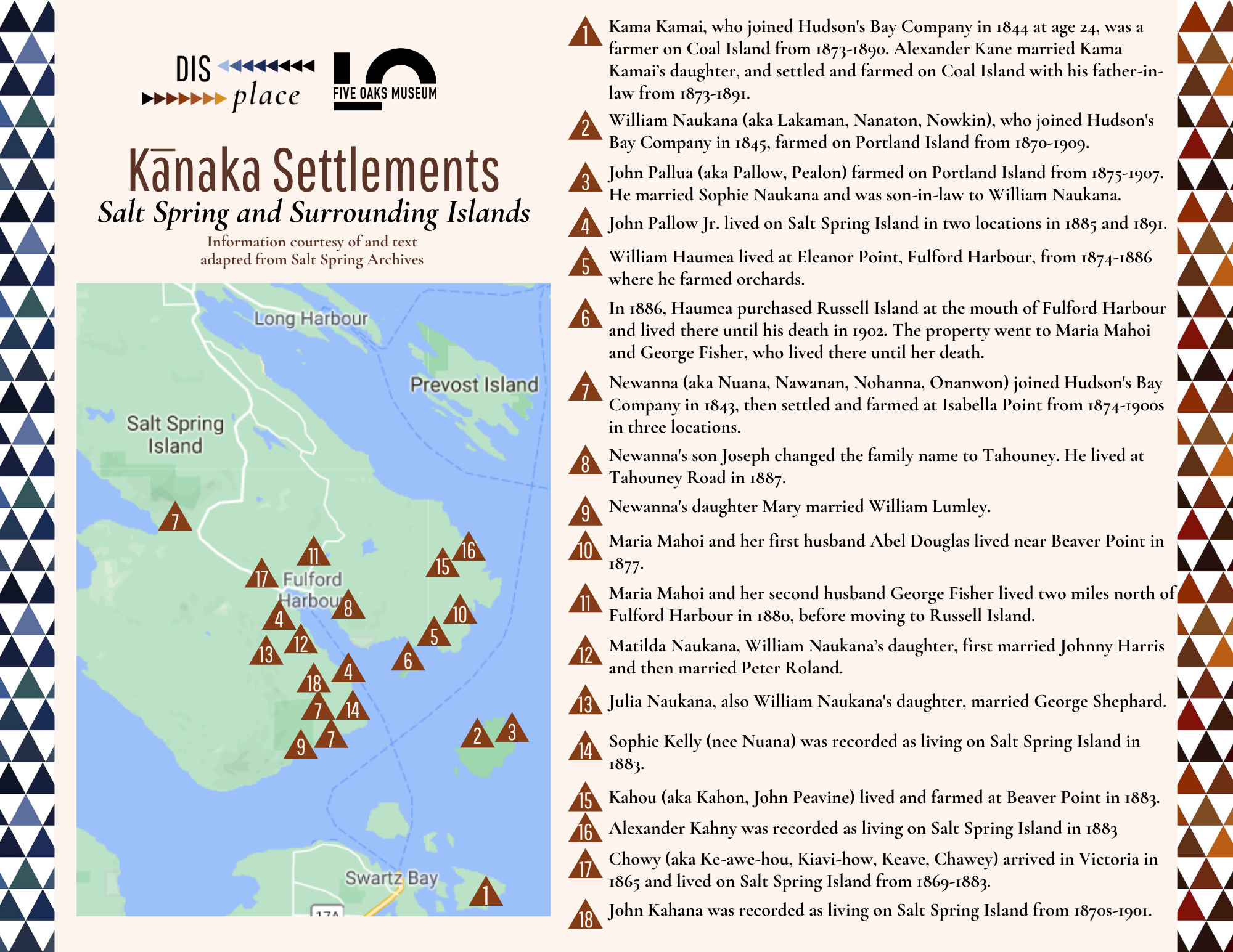 The Salt Spring community grew to be a vibrant concentration of Kānaka families in an unsuspecting place far from their homeland. Religion was a pillar of their new daily lives and an overwhelming majority of Hawaiians adopted the Catholic faith after going abroad. The first Catholic church on the island, St. Paul’s Catholic Church, was built in 1885, mainly by Hawaiian hands with additional help from the local Cowichan tribe. It served a large congregation with multiple Kānaka families and remains in active use today. 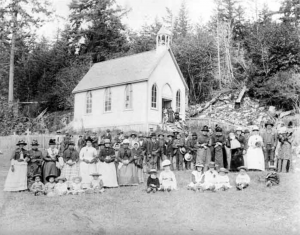 The opening of St. Paul’s Catholic Church in 1885 featured a celebration with its inaugural congregation, many of whom were the Kānaka families that helped construct the church. A plaque honoring their contributions can be found at the site today. 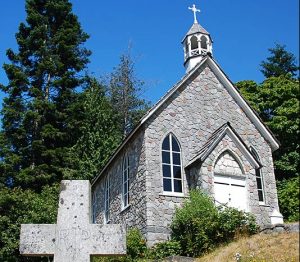 The early Native Hawaiian community in what is now Canada were active contributors to the building and development of the new British settlements on the many small islands in the Salish Sea. They operated large fruit farms, participated in local politics, and found employment in growing industries along the Sound. Beyond their adjustment to life in a new environment, however, they remained Kānaka at heart. They held much pride for their cultural heritage, as noted by the Hamilton family, who were neighbors with the Hawaiians:

“…[they] brought their own flag with them over here I believe, the Hawaiian flag… they all brought their guitars with them. I think that you could have called this a little Hawaii along here.”

The Hamiltons’ account reflects how connected these families were to each other, their home, and their cultural identity. From kanikapila (live music), massive lūʻau (potluck feasts), religious observances, and traditional family values, the Gulf Island Kānaka ensured their roots would not be forgotten—no matter how assimilated they were into Western life and regardless of their distance from Hawaiʻi. 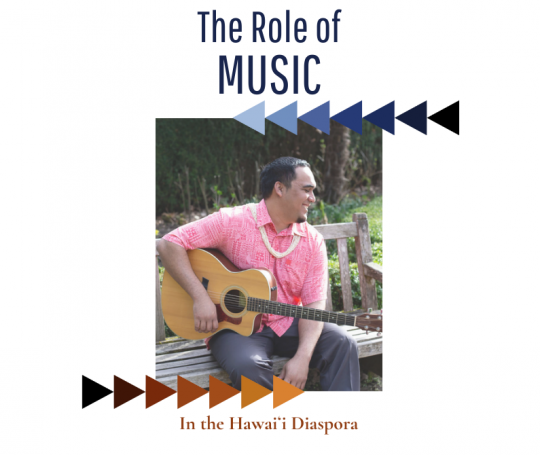 Next History Page – The Role of Music in the Hawaiʻi Diaspora

DISplace: The Role of Music