AgriCulture: Shaping Lives and Land in the Tualatin Valley

Since time immemorial, people in the Tualatin Valley have used their labor and technology to make the most of the nourishing food and valuable plants growing in this fertile area. Those efforts formed human habits and social structures, as well as the physical landscape. For millennia, the Kalapuya people have helped existing plants and animals thrive throughout the seasons. In addition to vast inter-tribal trade systems, the First People here met their food and resource needs with a seasonal round lifestyle, migrating within the region each year to the areas where resources are in peak season. Traditional native technologies also included controlled fires, used annually to clear brush and create meadow pathways in the forested landscape. These practices supported sustainable harvesting and the free movement of people and animals.

Radical changes to the landscape and cultural structures of this area came with the arrival of a huge wave of predominantly European and American migrants, commonly called pioneers. Land was taken from collective use and subdivided into privately controlled segments, bringing the concept and practice of land ownership to the Tualatin Valley for the first time. This new system forced an end to traditional land management lifestyles but it supported agricultural technologies familiar to the new settlers – especially the conversion of land into dedicated crop fields – and has remained predominant locally and in much of the world.

Many additional groups of people and ever-changing agricultural technologies arrived in the Tualatin Valley over the relatively recent history since the land was divided. Local farms used the labor of animals, steam-power, combustion engine tractors, and increasingly complex computerized tools and equipment over time. All along, the labor of large numbers of people has remained an essential component to the generation of huge crop volumes that are sold across the region and the world. The stories in this exhibit tell about performing that labor, in different times, with different crops, and under different social and political circumstances. Each story gives a window into the complex history of agriculture in this area through individuals’ own culture, background and personalities. This exhibit invites you to bring your unique perspective, too, and imagine how these many lives come together to help us think about agriculture in personal ways. What role does agriculture play in the story of your life? 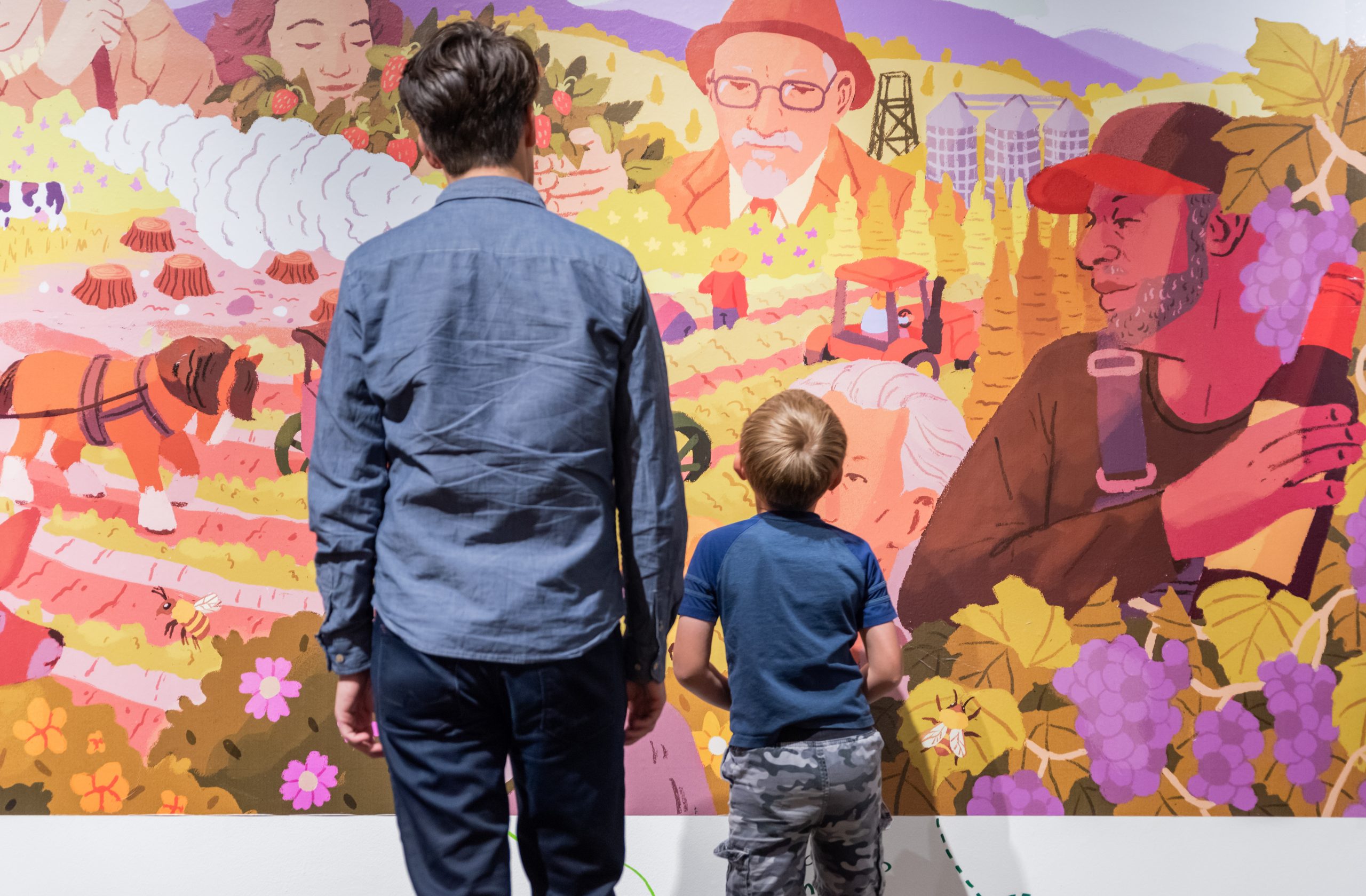