A presentation by archivist and researcher Eva Guggemos

On the PCC Rock Creek Campus

Until a few decades ago, it was U.S. federal policy to take children away from Native American families and place them in boarding schools. These schools punished students for any expression of their Native cultures or languages.

One of the earliest such boarding schools opened in Forest Grove in 1880 and operated there until 1885. Its descendant, Chemawa Indian School, is still open today in Salem. The school has had profound and lasting effects on the tribes of the Pacific Northwest. This talk will include images and maps of the school, and will speak on the forces that drove its founding. It will also describe the daily life of students and how we can confront the boarding school systems legacy of trauma.

Ticket proceeds will support the creation of an after-school art program for students at Chemawa Indian School. 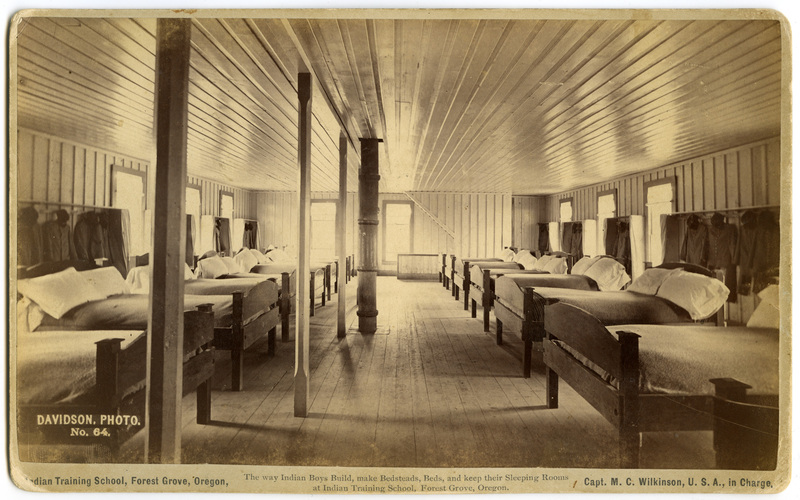 Presented in conjunction with