This IS Kalapuyan Land: A Seasonal Lifestyle 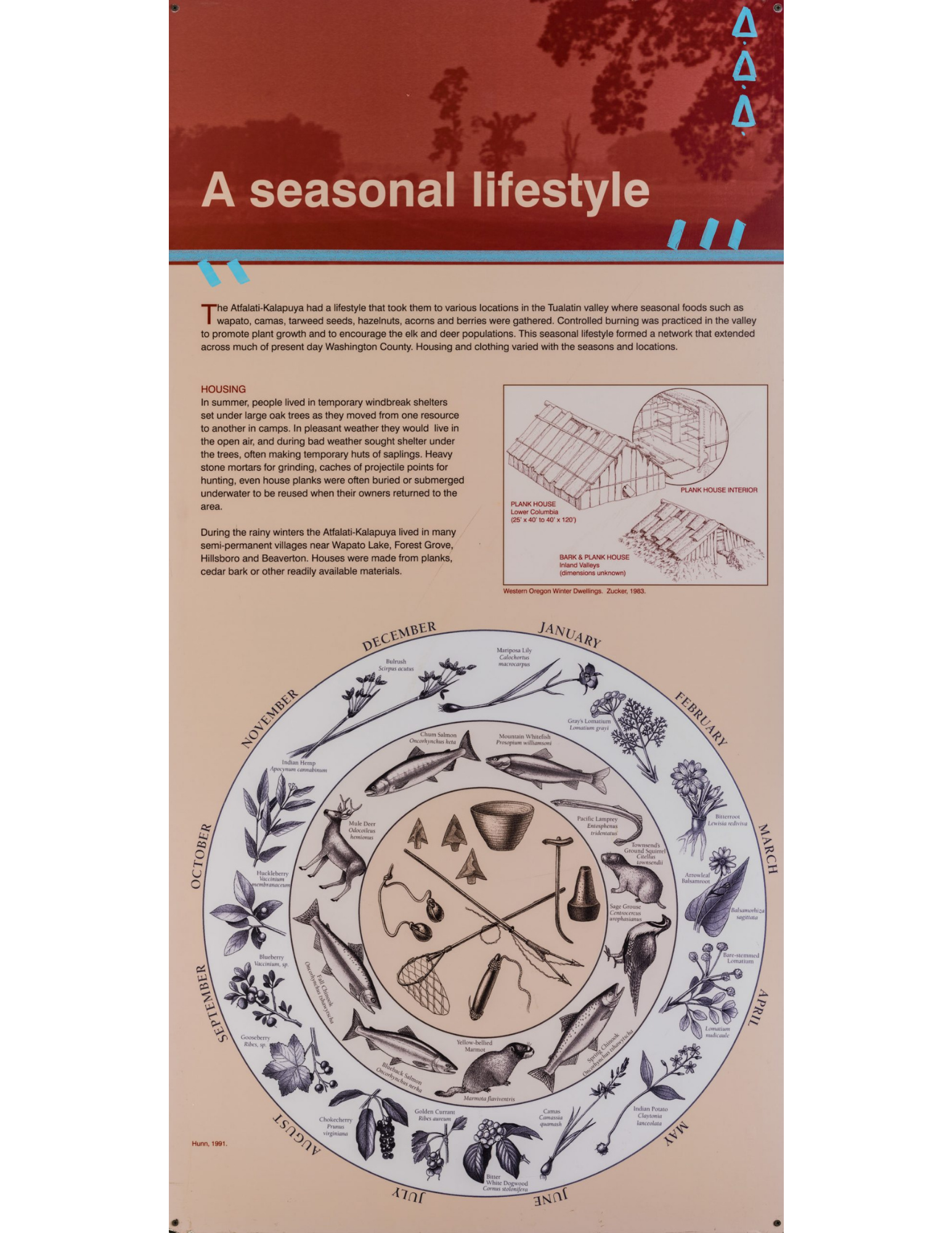 The Atfalati-Kalapuya had a lifestyle that took them to various locations in the Tualatin Valley where seasonal foods such as wapato, camas, tarweed seeds, hazelnuts, acorns and berries were gathered. Controlled burning was practiced in the valley to promote plant growth and to encourage the elk and  deer populations. This seasonal lifestyle formed a network that extended across much of present day Washington County. Housing and clothing varied with the seasons and locations.

In summer, people lived in temporary windbreak shelters set under large oak trees as they moved from one resource to another in camps. In pleasant weather they would live in the open air, and during bad weather sought shelter under the trees, often making temporary huts of saplings. Heavy stone mortars for grinding, caches of projectile points for hunting, even house planks were often buried or submerged underwater to be reused when their owners returned to the area.

During the rainy winters the Atfalati-Kalapuya lived in many semi-permanent villages near Wapato Lake, Forest Grove, Hillsboro and Beaverton. Houses were made from planks, cedar bark or other readily available materials.