This IS Kalapuyan Land: Abundant Resources 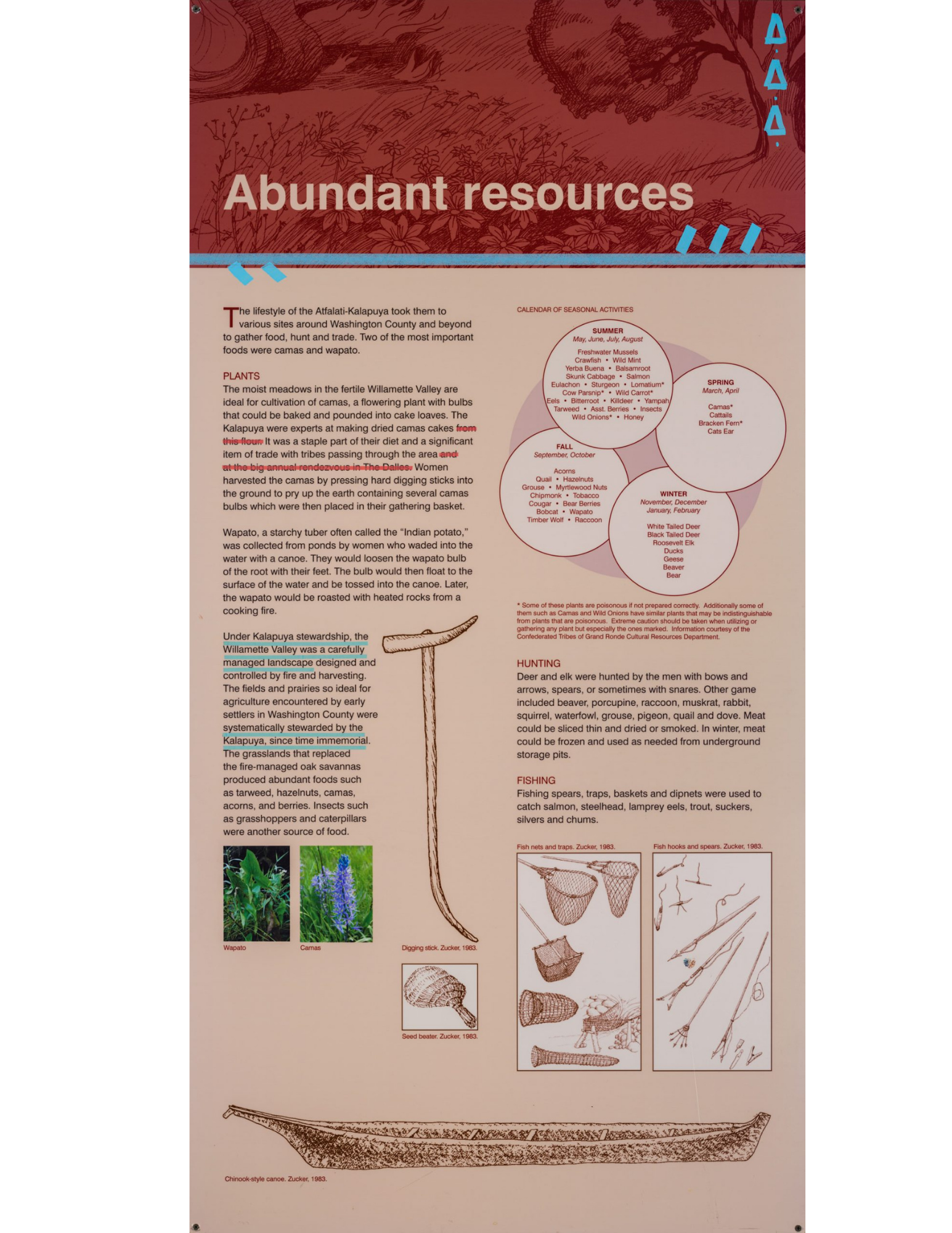 The lifestyle of the Atfalati-Kalapuya took them to various sites around Washington County and beyond to gather food, hunt, and trade. Two of the most important foods were camas and wapato.

The moist meadows in the fertile Willamette Valley are ideal for cultivation of camas. a flowering plant with bulbs that could be baked and pounded into cake loaves. The Kalapuya were experts and making dried camas cakes. It was a staple part of their diet and a significant item of trade with tribes passing through the area  Women harvested the camas by pressing hard digging sticks into the ground to pry up the earth containing bulbs which were then placed in their gathering basket. (crossed out by SLF)

Wapato, a starchy tuber often called the “Indian potato,” was collected from ponds by women who waded into the water with a canoe. They would loosen the wapato bulb of the root with their feet. The bulb would then float to the surface of the water and be tossed into the canoe. Later, the wapato would be roasted with heated rocks from a cooking fire.

Under Kalapuya stewardship, the Willamette Valley was a carefully managed landscape designed and controlled by fire and harvesting. The fields and prairies so ideal for agriculture encountered by early settlers in Washington County were systematically stewarded by the Kalapuya, since time immemorial. The grasslands that replaced the fire-managed oak savannas produced abundant foods such as tarweed, hazlenuts, camas, acorns, and berries. Insects such as grasshoppers and caterpillars were another source of food. (underlined by SLF)

Deer and elk were hunted by the men with bows and arrows, spears, or sometimes with snares. Other game included beaver, porcupine, raccoon, muskrat, rabbit, squirrel, waterfowl, grouse, pigeon, quail, and dove. Meat could be sliced thin and dried or smoked. In winter, meat could be frozen and used as needed from underground storage pits. 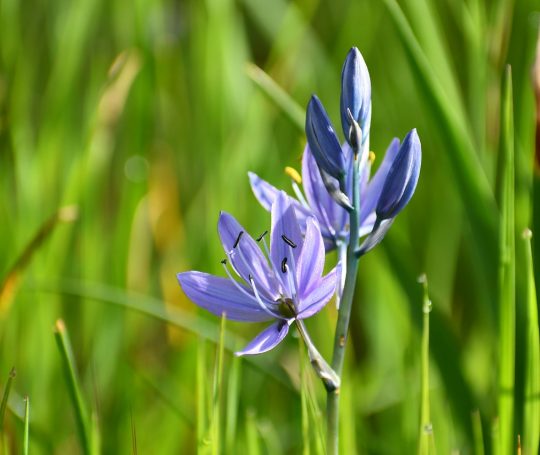