This IS Kalapuyan Land: An Early Sketch 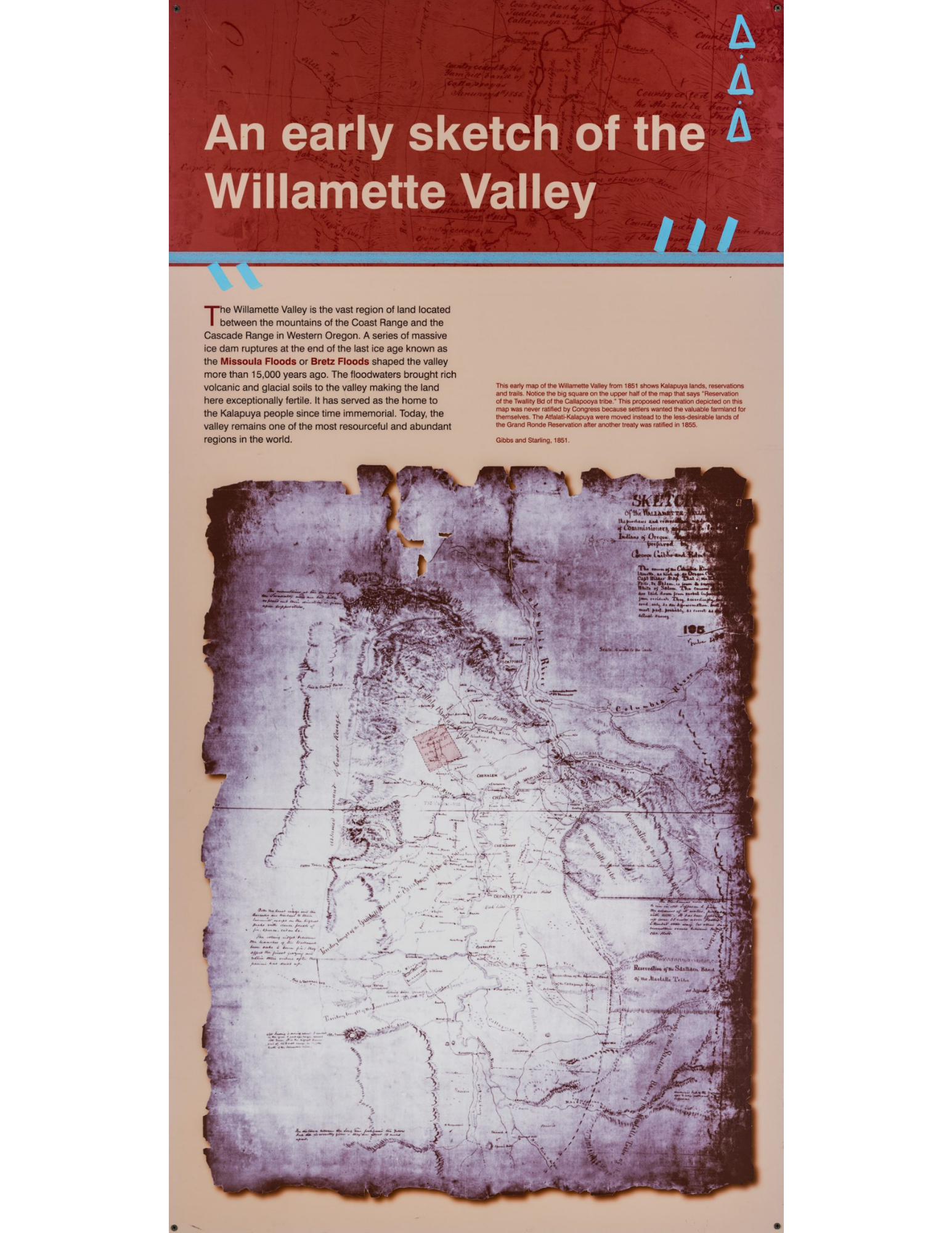 Title: An Early Sketch of the Willamette Valley

The Willamette Valley is the vast region of land located between the mountains of the Coast Range and the Cascade Range in Western Oregon. A series of massive ice dam ruptures at the end of the last ice age known as the Missoula Floods or Bretz Floods shaped the valley more than 15,000 years ago. The floodwaters brought rich volcanic and glacial soils to the valley making that land here exceptionally fertile. It has served as the home to the Kalapuya people since time immemorial. Today, the valley remains one of the most resourceful and abundant regions in the world.

Caption on image: This early map of the Willamette Valley from 1851 shows Kalapuya lands, reservations, and trails. Notice the big square on the upper half of the map that says “Reservation of the Twallity Bd of the Callapooya tribe.” This proposed reservation depicted on this map was never ratified by Congress because settlers wanted the valuable farmland for themselves. The Atfalati-Kalapuya were moved instead of the less-desirable lands of the Grand Ronde Reservation after another treaty was ratified in 1855. Gibbs and Starling, 1851.