The Atfalati-Kalapuya had approximately two dozen villages in present day Washington County including Chachemawa near Forest Grove, Chalawai near Lake Wapato, Chakeipi close to Beaverton, and Chakutpaliu in the Hillsboro are. Chahelim, in Yamhill County, was also an Atfalati-Kalapuya village.

By the time the Oregon Trail pioneers arrived in Washington County, more than 90 percent of the native population had been wiped out by diseases. A small pox epidemic swept through the area in 1782-1783 followed by a malaria epidemic in 1830-1833. By 1848 only about sixty Atfalati-Kalapuya remained.

Most differences could be easily settled. For example, in May 1854, four Indians were brought to Hillsboro and put on trial for “unlawful assembly to do unlawful act.” They were accused of destroying a settler’s house under construction. Their leader, kayakach, is recorded as saying “It is my own place, McCloud. Your house should not be built (here). It is my own site. Do you not hear me, McCloud? I have not wanted you to build your house (here). Stop it! I will tear down your house.” Surprisingly, the dispute was settled in kayakach’s favor, although he was required to pay a fine of four horses. (sentence crossed out by SLF)

Most surviving Atfalati-Kalapuya were forced to leave the ancestral hunting, gathering and trade areas. They moved onto the Grand Ronde Reservation in 1855 after a series of treaties with the United States Government. (underlined by SLF)

Between 1880 and 1885, Indian children were taken from their homes all over the Pacific Northwest. The children were sent to the Forest Grove Indian and Industrial Training School and forced to assimilate into Euro-American society. The school was moved to Salem in 1885 and became known as the Chemawa Indian School. Today, the Chemawa Indian School is proud to provide Native American and Alaskan youth a positive educational environment and preservation of traditional tribal cultures. (underlined by SLF)

The Atfalati-Kalapuya camped for hundreds of years near Helvetia in an oak meadow called chatakuin, which meant place of the big trees. The site later became a gathering spot for early pioneers. Five Oaks historic site is visible today from the Sunset Highway near Helvetia Road. The two remaining original trees are thought to be more than 500 years old.

Written on bottom image: FORCED TO ASSIMILATE (added by SLF) 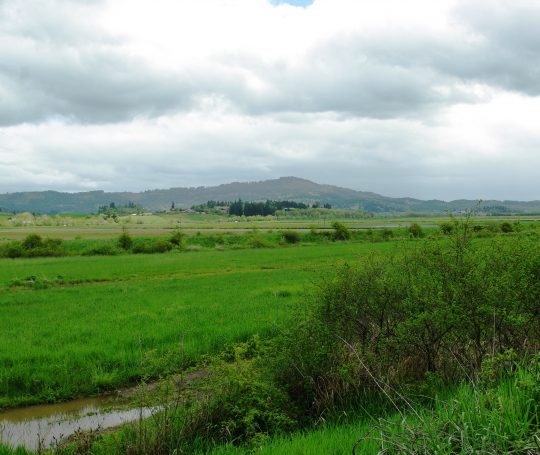 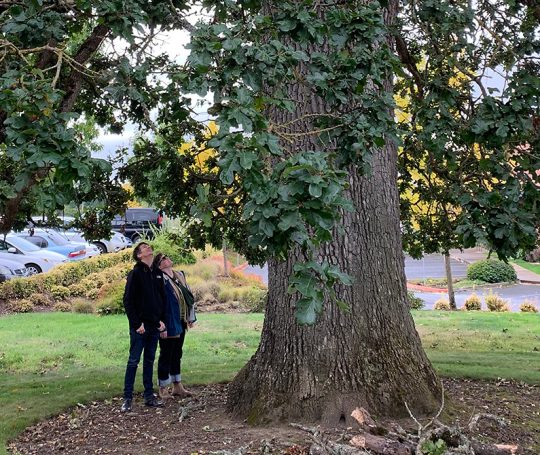 View the museum’s infographic about the Five Oaks Historic Site