This IS Kalapuyan Land: Family Separation 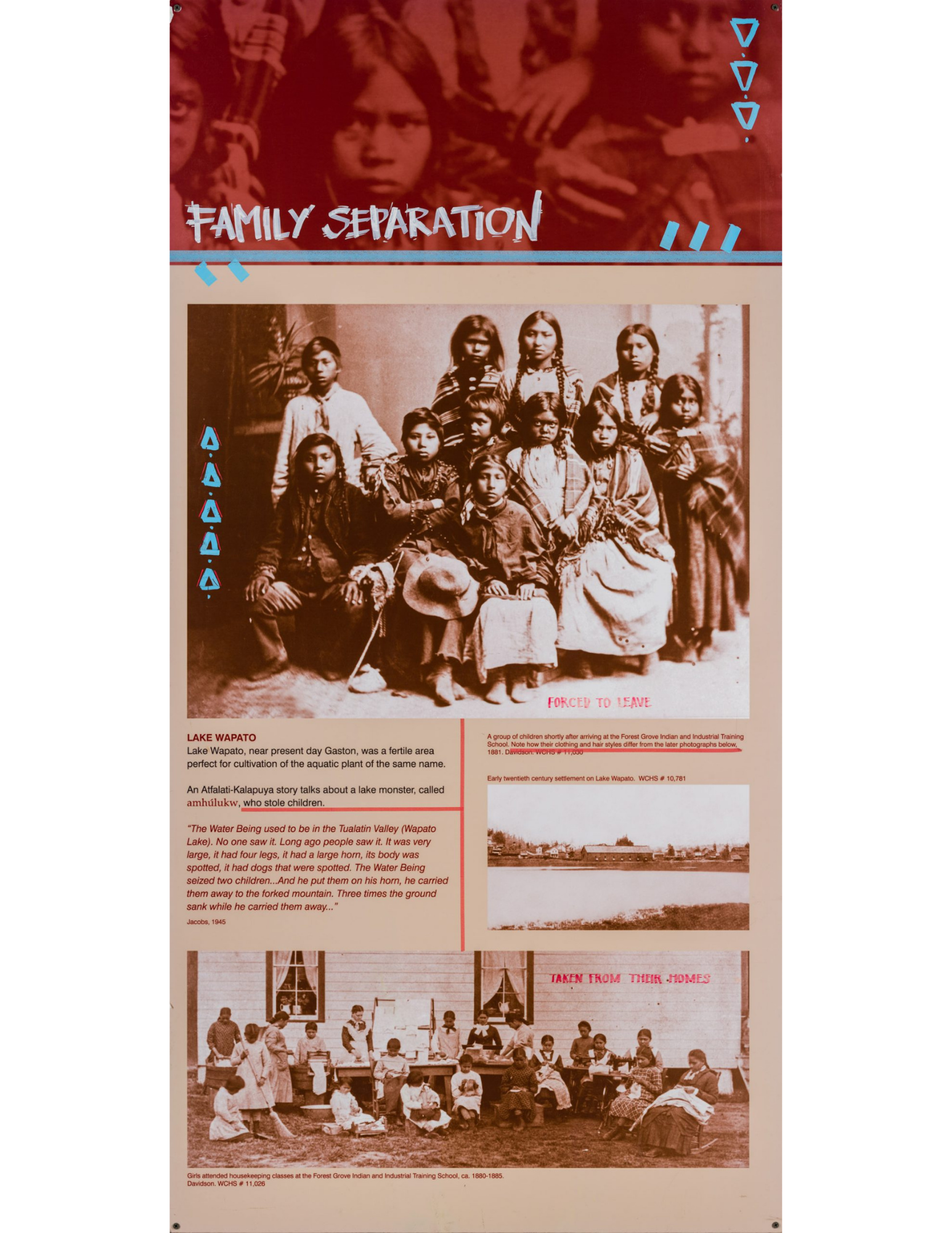 Lake Wapato, near present day Gaston, was a fertile area perfect for cultivation of the aquatic plant of the same name.

An Atfalati-Kalapuya story talks about a lake monster, called amhulukw, who stole children. (underline by SLF, with line added connecting this phrase to the top and bottom images of kids)

“The Water Being used to be in the Tualatin Valley (Wapato Lake). No one saw it. Long ago people saw it. It was very large, it had four legs, it had a large horn, its body was spotted, it had dogs that were spotted. The Water Being seized two children…And he put them on his horn, he carried them away to the forked mountain. Three times the ground sank while he carried them away…” -Jacobs, 1945

Caption on top image: A group of children shortly after arriving at the Forest Grove Indian and Industrial Training School. Note how their clothing and hair styles differ from the later photographs below, 1881. Davidson, WCHS #11,030 (underline by SLF)

Written on bottom image: TAKEN FROM THEIR HOMES (added by SLF) 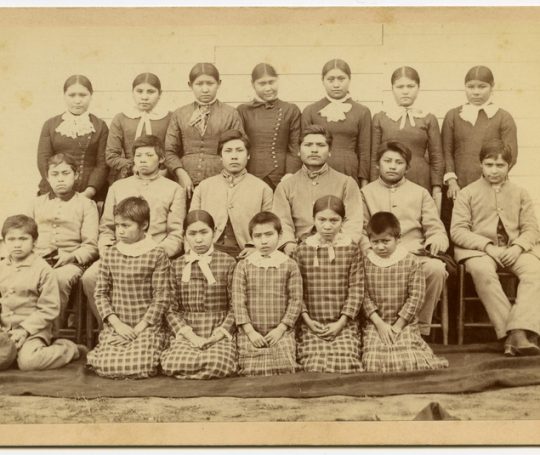