This IS Kalapuyan Land: Lifestyle & Beliefs 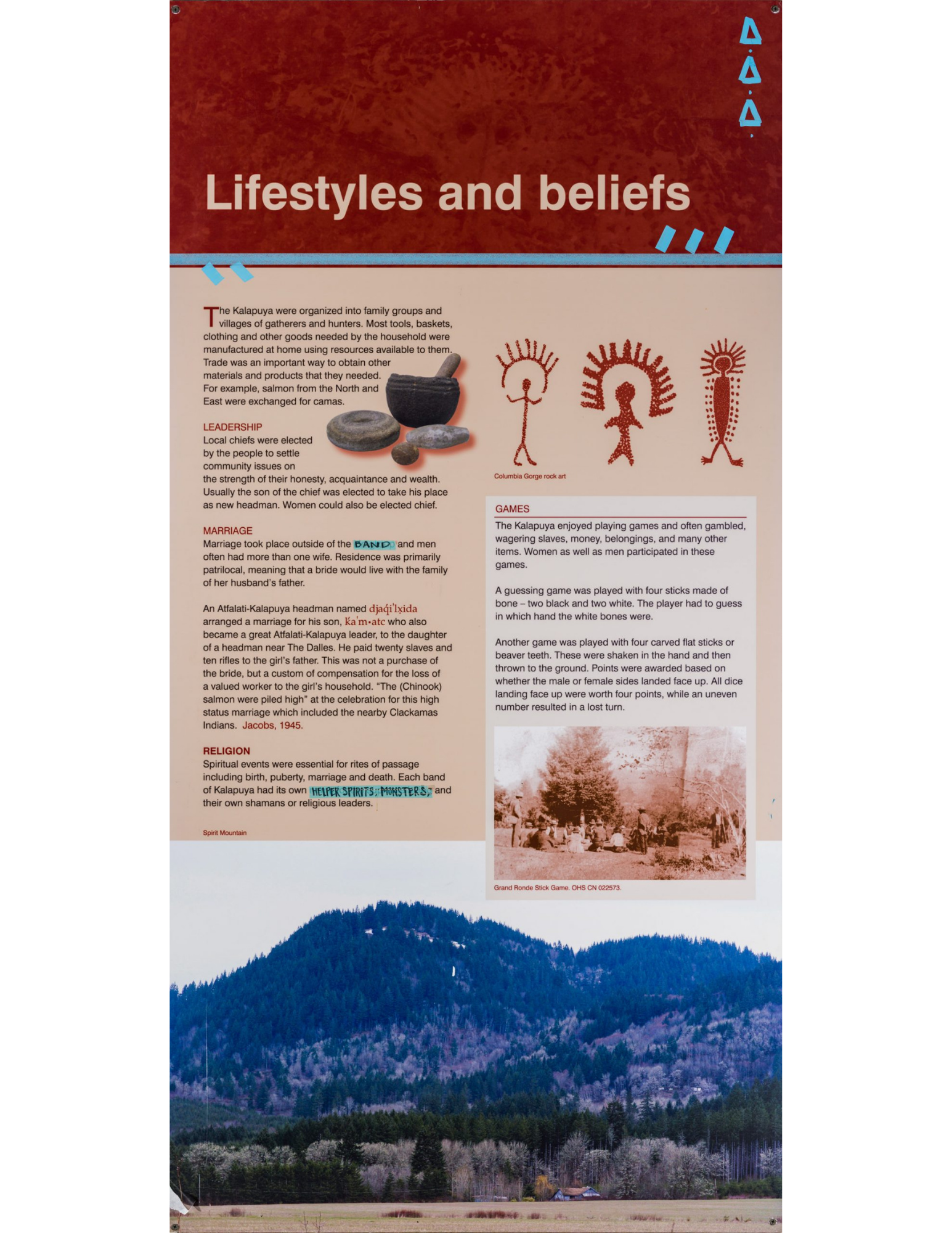 The Kalapuya were organized into family groups and villages of gatherers and hunters. Most tools, baskets, clothing, and other good needed by the household were manufactured at home using resource available to them. Trade was an important way to obtain other materials and products they needed. For example, salmon from the North and East were exchanged for camas.

Local chiefs were elected by the people to settle community issues on the strength of their honesty, acquaintance, and wealth. Usually the son of the chief was elected to take his place as new headman. Women could also be elected chief.

Marriage took place outside of the  [band] and men often had more than one wife. Residence was primarily patrilocal, meaning that a bride would life with the family of her husband’s father. (edited by SLF)

An Atfalati-Kalapuya headman named djaqi’lxida arranged a marriage for his son ka’matc who also became a great Atfalati-Kalapuya leader, to the daughter of a headman near The Dalles. He paid twenty slaves and ten rifles to the girl’s father. This was not a purchase of the bride, but a custom of compensation for the loss of a valued worker to the girl’s household. “The (Chinook) salmon were piled high” as the celebration for this high status marriage which included the nearby Clackamas Indians. Jacobs, 1945.

Spiritual events were essential for rites of passage including birth, puberty, marriage, and death. Each band of Kalapuya had its own  [helper spirits, monsters,] and their own shamans or religious leaders. (edited by SLF)

The Kalapuya enjoyed playing games and often gambled wagering slaves, money, belongings. and many other items. Women as well as men participated in these games.

A guessing game was played with four sticks made of bone – two black and two white. The player had to guess in which hand the white bones were.

Another game was played with four carved flat sticks of beaver teeth. These were shaken in the hand and then thrown to the ground. Points were awarded based on where the male of female sides landed face up. All dice landing face up were worth four points, while an uneven number resulted in a lost turn.