This IS Kalapuyan Land: Trade 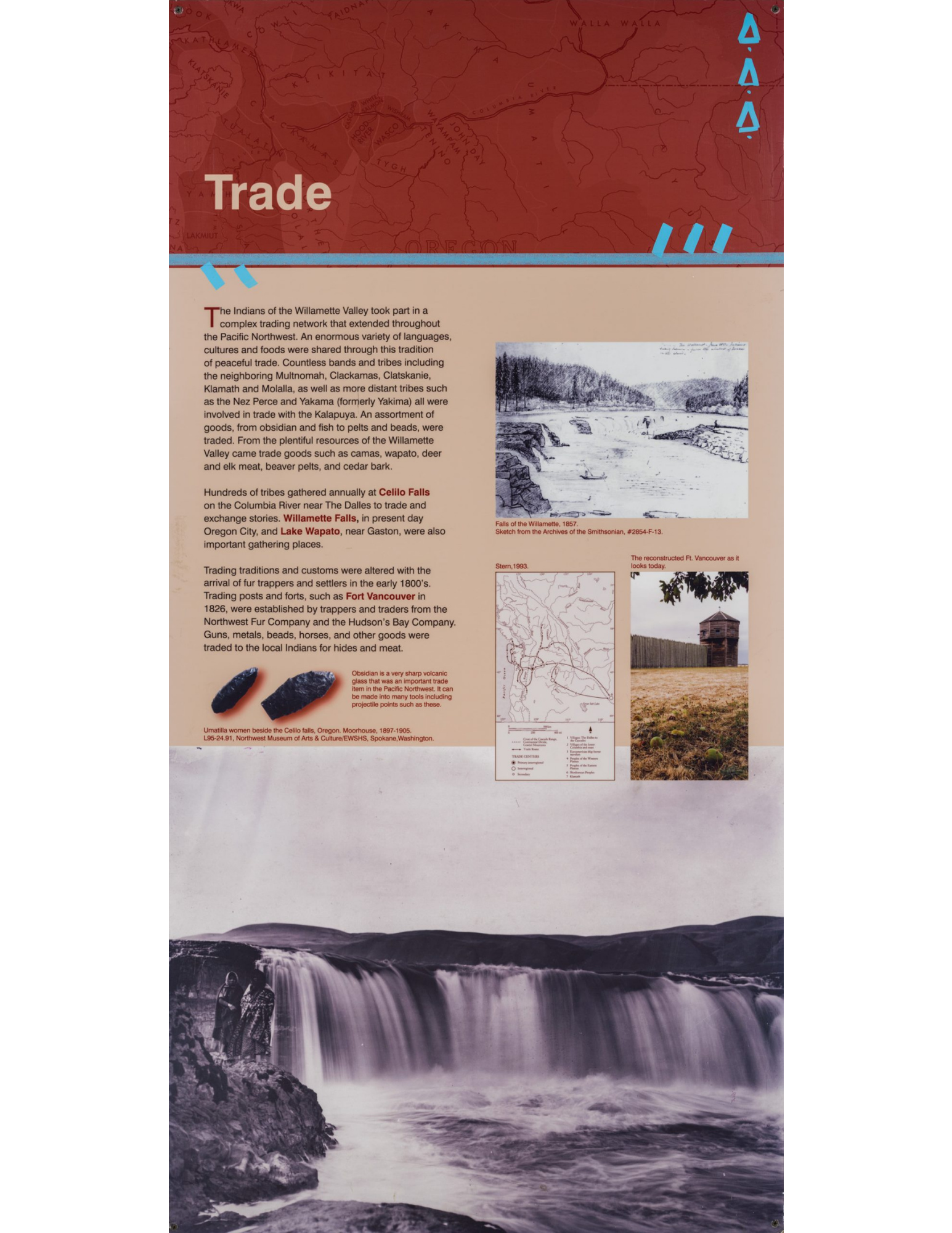 The Indians of the Willamette Valley took part in a complex trading network that extended throughout the Pacific Northwest. An enormous variety of languages, cultures and foods were shared through this tradition of peaceful trade. Countless bands and tribes including the neighboring Multnomah, Clackamas, Clatskanie, Klamath, and Mollala, as well as more distant tribes such as the Nez Perce and Yakama (formerly Yakima) all were involved in trade with the Kalapuya. An assortment of good, from obsidian and fish to pelts and beads, were traded. From the plentiful resources of the Willamette Vallet came trade goods such as camas, wapato, deer and elk meat, beaver pelts, and cedar bark.

Hundreds of tribes gathered annually at Celilo Falls on the Columbia River near The Dalles to trade and exchange stories. Willamette Falls, in present day Oregon City, and Lake Wapato, near Gaston, were also important gathering places.

Trading traditions and customs were altered with the arrival of fur trappers and settlers in the early 1800’s. Trading posts and forts, such as Fort Vancouver in 1826,were established by trappers and traders from the Northwest Fur Company and the Hudson’s Bay Company. Guns, metal, beads, horses, and other goods were traded to the Indians for hides and meat.

Caption on center right image: The reconstructed Ft. Vancouver as it looks today.

Caption on far left image: Obsidian is a very sharp volcanic glass that was an important trade item in the Pacific Northwest. It can be made into many tools including projectile points such as there. 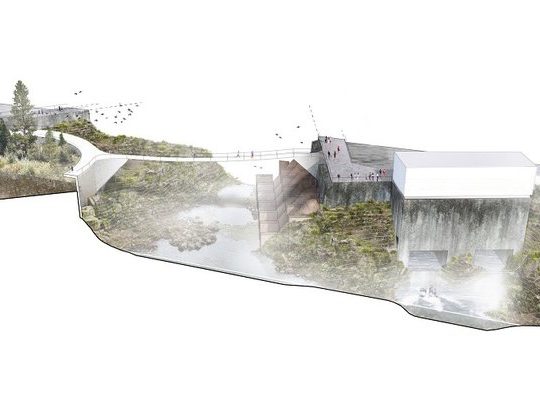