This IS Kalapuyan Land: Tribes and Languages Map 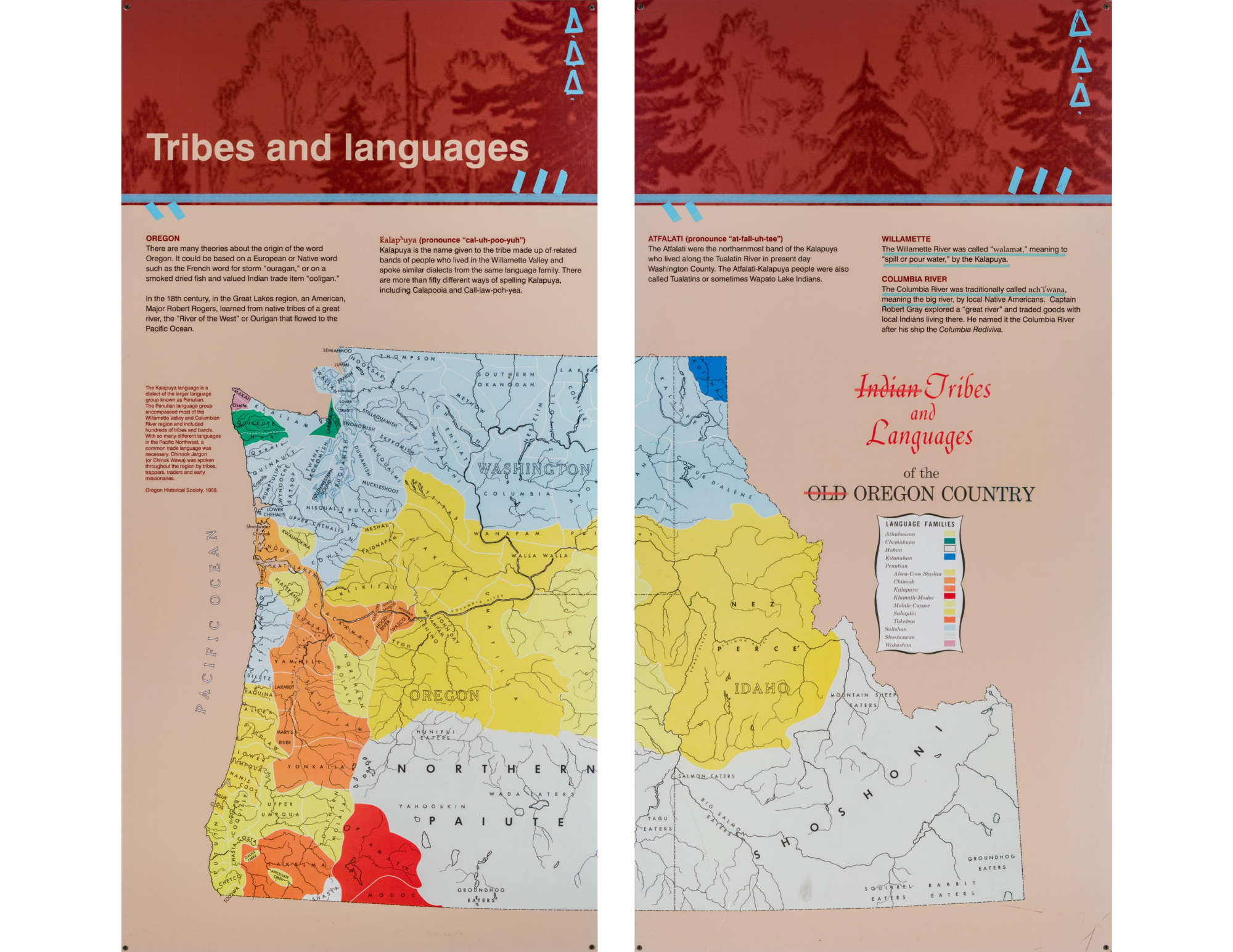 There are many theories about the origin of the word Oregon. It could be based on a European or Native word such as the French word for storm “ouragan,” or on a smoked dried fish and valued Indian trade item “ooligan.”

In the 18th century, in the Great lakes region, an American, Major Robert Rogers, learned from native tribes of a great river, the “River of the West” or ourigan that flowed to the Pacific Ocean.

Kalapuya is the name given to the tribe made up of related bands of people who lived in the Willamette valley and spoke similar dialects from the same language family. There are more than fifty different ways of spelling Kalapuya, including Calapooia and Call-law-puh-yea.

The Atfalati were the northernmost band of the Kalapuya who lived along the Tualatin River in present day Washington County. The Atfalati-Kalapuya people were also called Tualatins or sometimes Wapato Lake Indians.

The Willamette River was called “walamet,” meaning to “spill or pour water” by the Kalapuya. (underlined by SLF)

The Columbia River was traditionally called nchi’wana, meaning the big river, by local Native Americans. Captain Robert Gray explored a “great river” and traded goods with local Indians living there. He named is the Columbia River after his ship the Columbia Rediviva. (underlined by SLF)

Caption on map: The Kalapuya language is a dialect of the larger language group known at Penutian. The Penutian language group encompassed most of the Willamette Valley and Columbia Rive region and included hundreds of tribes and bands. With so many different languages in the Pacific Northwest, a common trade language was necessary. Chinook Jargon (or Chinuk Wawa) was spoken throughout the region by tribes, trappers, traders, and early missionaries. Oregon Historical Society, 1959.

Title on map: Tribes and Languages of the Oregon Country (crossed out by SLF) 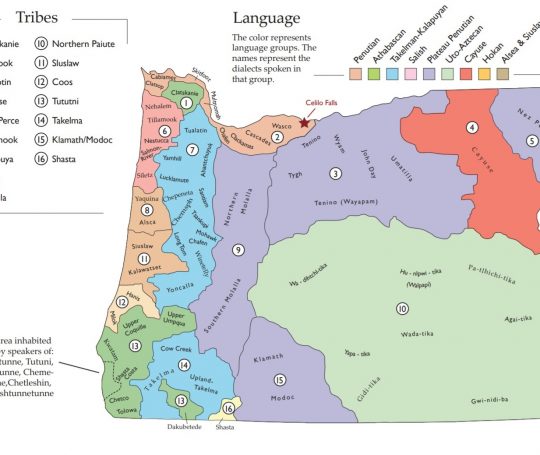