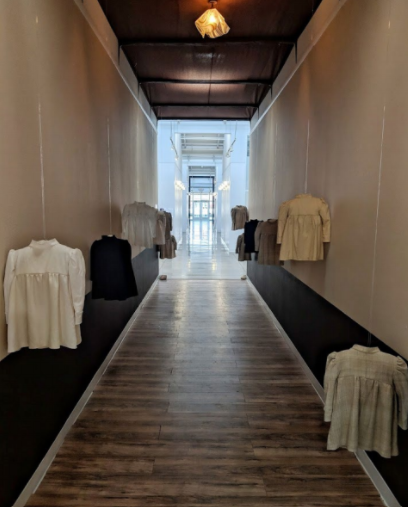 To Those Who Came Before Me, Who I Have Never Met

Untouchable Artifacts · For those Who have Come Before Me, Who I Never Met

“Blood history is what connects us to those who came before us and to those we have never met. When the United States failed to eradicate us, they attempted to erase our history. What they could not scrub away was our blood memory. Blood that carries the weight of historical trauma but is also intertwined with the resiliency of our ancestors who fought for the right of indigenous autonomy.

To Those Who Came Before Me, Who I Have Never Met is a memorial installation  dedicated to the children who were lost during the boarding school era. These children, who succumbed to injury and illness, were often buried in unmarked graves and families were never notified. This installation is also a specific reflection on the time where my Great-Grandmother Phillippena (Phil) almost became one of those unidentified children.

When she was only three years old, Phillippena was taken from her family and was subsequently sent to the Fort Shaw Indian Boarding School in Montana. She was the youngest child that had ever entered that institution and many of the elder kids there took it upon themselves to raise her. One unfortunate day, when she was playing around, she ran into a hot water radiator and was severely burned. Left for dead by the school administrators, Grandma Phil was only able to pull through thanks to the collective efforts of her kin. Not all were as lucky as her though, and she never wanted these atrocities to be forgotten.

During the late 1970s, when my mother was a young adult, Grandma Phil had my mom drive her out to the old Fort Shaw Boarding School site. There is where Phillippena recollected on her times, whilst identifying all the areas where children were buried. Although she could not recall who was buried where, she did not want these children’s histories and lives forgotten. While her relation to them was not that of blood, their history is  now my family’s blood history. To this day, we still do not know their names, but we will always remember them.”

Anangookwe is an interdisciplinary artist who interweaves narratives of familial history in relation to cultural inheritance and present-day afflictions. By utilizing traditional and contemporary forms of craft, connecting the past and present, their main focus is to create a visual story of the interpersonal lives of those they’ve known and have never met for the future generation. 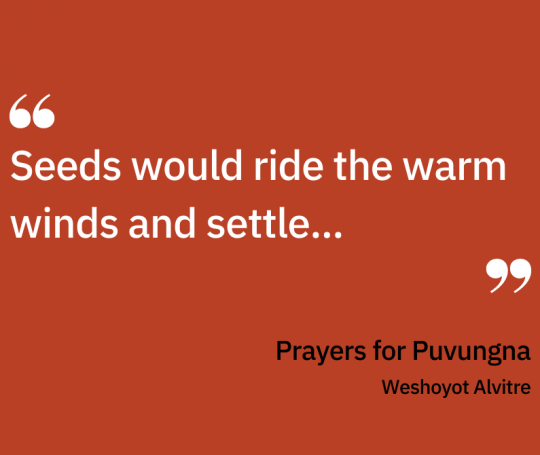