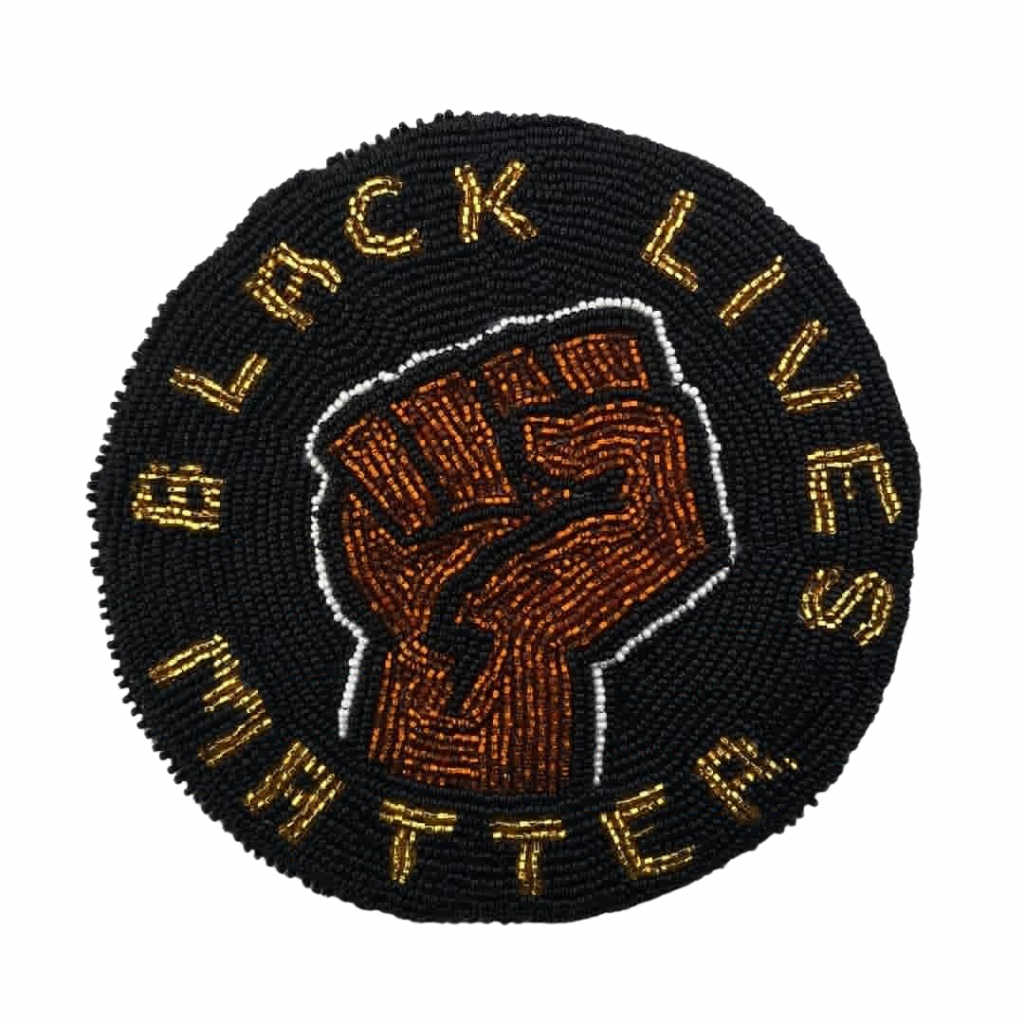 Hey Everyone! My name is Keisha. I just introduced myself in my indigenous language, Nihithawiwin woodland Cree TH Dialect. What I said is, “My name is Keisha I am Black and I am Cree. I am from Tkaronto (Toronto). My Ancestors are from Lac La Ronge, Stanley Mission and Sucker River Reserve in North Central Saskatchewan.

I am going to be telling you a bit about my art piece which I call Honoring Black Lives. It is a Black Lives Matter Medallion made of size 10 beads on felt and backed with black leather. The lanyard [pictured in the artist’ bio photo] has been substituted for chains.

While I was making this piece, I wanted it to be very impactful. When I was beading, I was putting my thoughts and good medicine into my beadwork. I was also thinking about all the lives that were lost during the trans-atlantic slave trade, which is also genocide. Being from two different oppressed groups that continue to go through genocide is really hard-so I was putting those thoughts into [the work] wanting to honor those lives, honoring my ancestors—some of whom didn’t survive being forcefully stolen and taken across the ocean.

With this piece, I wanted to emphasize solidarity between Black Folks, African Diasporic Folks, and Indigenous people to Turtle Island. I really wanted a message to speak to them. Colonization pits marginalized groups, people with trauma, against each other as a way to divide and conquer. This Medallion critiques that, showing that our pain does not need to be compared; there is space for all of our pain to be validated. Black and Indigenous liberation on this land is deeply connected. Today, Black and Indigenous people are mutually disproportionately incarcerated, our children make up a high percentage of those in the Child Welfare System, and we are mutually systematically impoverished. Today we share common marginalizations resulting from different aspects of colonialism.

In Tkaronto, I have seen the possibility of space being transformed. Rather than living in separate bubbles, we have created community and reciprocal relationships through solidarity at Black Lives Matter Toronto Tent City, in which Black and Indigenous folks gathered to protest the officer who shot Andre Louko in 2015 after not being charged. Black Lives Matter Toronto showed up in Solidarity with Occupy INAC, an occupation of the Indigenous and Northern Affairs Canada building in Toronto, because of the ongoing crisis of high suicide rates in indigenous communities. This came after the suicide epidemic crisis in Attawapiskat was announced.

I want to pose a question to folks who are Black, African Diasporic, folks who are indigenous to Turtle Island and those who intersect;

How can we (and can we) make space for each other, and each other’s pain?

How do we show up for each other without re-inflicting trauma?

And finally…what is our shared vision of the future where we are healthy, joyful, and prosperous?”

Keisha Erwin Wapahkesis is an urban Afro-Indigenous emerging artist. They are Nihithaw and Afro-Caribbean. They are a band member of Lac La Ronge First Nation in north-central Saskatchewan, treaty 6 territory but has not grown up in their community. The majority of their artwork is informed by their positionality and ancestry. They explore themes of displacement, solidarity, identity and intersectionality in the works they have created.

Here’s a Free Art Activity to look closely at Black and Indigenous intersections through Wapahkesis’ art. 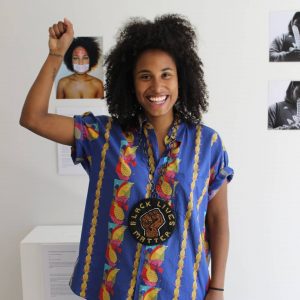 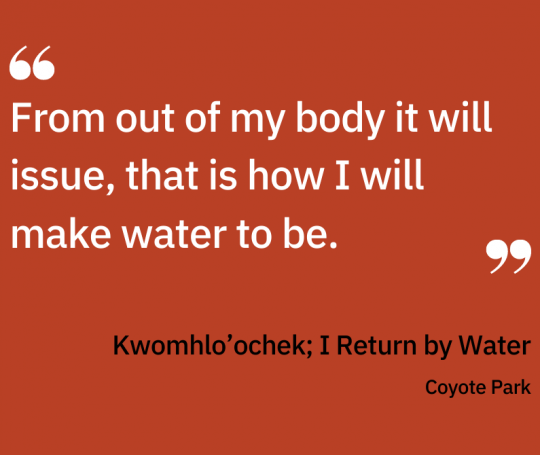